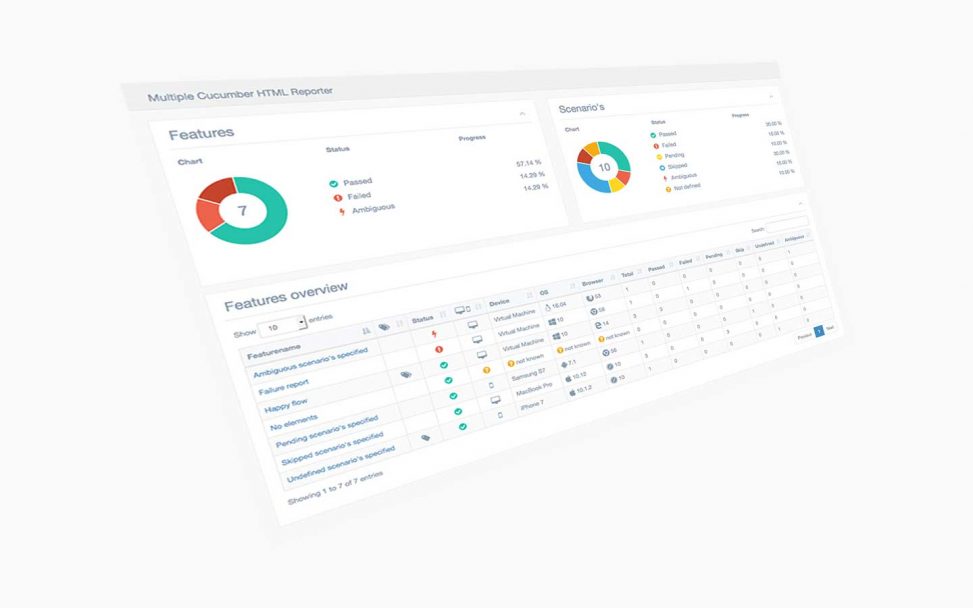 From laziness to creating a new npm module

The last few months I was busy for my new assignment to setup testautomation with Protractor + CucumberJS.  We needed to test our new Angular web-app on different browser and used Sauce Labs to do so.

But after each run I was looking through the log to see what happend, where it went wrong, how the screen looked and so on. At some point this really annoyed me, especially when:

Both points had to do with laziness, so out of laziness I created a wish list and I explored the great NPM repository to see what reporting tools were out there that met my wish list. Now I hear you think:

Well, the answer to that question was quit easy, the reporting tool needed to have the following:

Like going to the shopping mall, I (digitally) walked with my wish list in my hand through the NPM repository. I saw some nice reporting tools

But as you can see, no tool met my wish list, so I started creating my own. (Just to proof I’m not lazy)

I took me some time to think about how I wanted to create the lay-out. What I normally did was build it all on my own, but yeah, there’s still a little bit of laziness inside of me. So I used the some existing libraries like Bootstrap, DataTables, Chart.js and Font Awesome to connect the dots. To keep the dependencies on HTML / JS libraries in the module as low as possible I used CDN’s for all the used libraries.

After having the lay-out finished I used lodash as a templating engine to generate the reports and let some Javascript to the JSON magic. After combining all I created my own reporting module called multiple-cucumber-html-reporter.  A demo can be found here.

I can explain a lot about how to use the module, what the advantages are and so on, but sometimes I’m just lazy (and I already did that here) :).

I hope you enjoy my reporting module and if you have questions feel free to ask them.